Headgear has come a long way since the early days of braces. Despite its change in appearance, its function remains pretty much the same—to apply a measured force in a particular direction on the jaw or face. That force is more than braces and archwires can generate alone.

Headgear is predominantly used on younger patients whose jaw structures are still growing; however, it is also used on adults to maintain a healthy bite, and to ensure that teeth stay properly spaced after an extraction.

Headgear is a general term for this type of orthodontic appliance. The appliance consists of numerous parts that all function together outside of the mouth (or extra-orally) to aid braces and the archwire in their primary functions of aligning teeth.

When used correctly in conjunction with braces, orthodontic headgear has a number of uses. It can be used to pull molars backwards, as well as to manipulate jaw growth in particular direction.

Depending on what it is intended to correct, headgear will move teeth and correct different classes of malocclusions. Headgear can create space around the molars, thereby preventing overcrowding and allowing the braces to move the front teeth backwards. Headgear also helps to adjust severe overbites (known as an overjet) or underbites (where the bottom jaw sticks out and the top teeth are behind the front teeth).

This is what most people probably imagine when they think of headgear. This type of headgear is used to correct an overjet. It holds to the upper jaw (maxilla) in place while allowing the lower jaw (mandible) to grow out.

It is comprised of the facebow (the U-shaped metal appliance) and the head cap. The head cap can have a single strap that goes behind the neck (cervical) or numerous straps that go around the back of the head (high pull).

The facemask headgear performs the reverse of the cervical and high pull headgear. It addresses an underbite (Class III malocclusion) by “pulling” the upper jaw forwards and helping it to grow until it matches the lower jaw.

It is different in appearance than the cervical and high-pull headgear. The wire frame runs down the length of the face from a forehead pad and into a chin cup.The frame houses the horizontal mouth yoke. The yoke’s hooks attach to the braces on the top teeth. This generates force that promotes faster growth of the top jaw.

For the best results, it is recommended that headgear be worn for 10-14 hours per day, and rather after dinner instead of before bedtime. In some instances, that can be upwards of 22 hours per day. Skipping a day means that the time will have to be made up. It doesn’t take many skipped days to undo all the previous gains.

If you or a family member need orthodontic treatment, contact Orthodontic Associates’ helpful and friendly staff members. They will set up your free initial consultation with one of our experienced doctors at any of our nine convenient locations around Baltimore. As always, we look forward to making you smile! 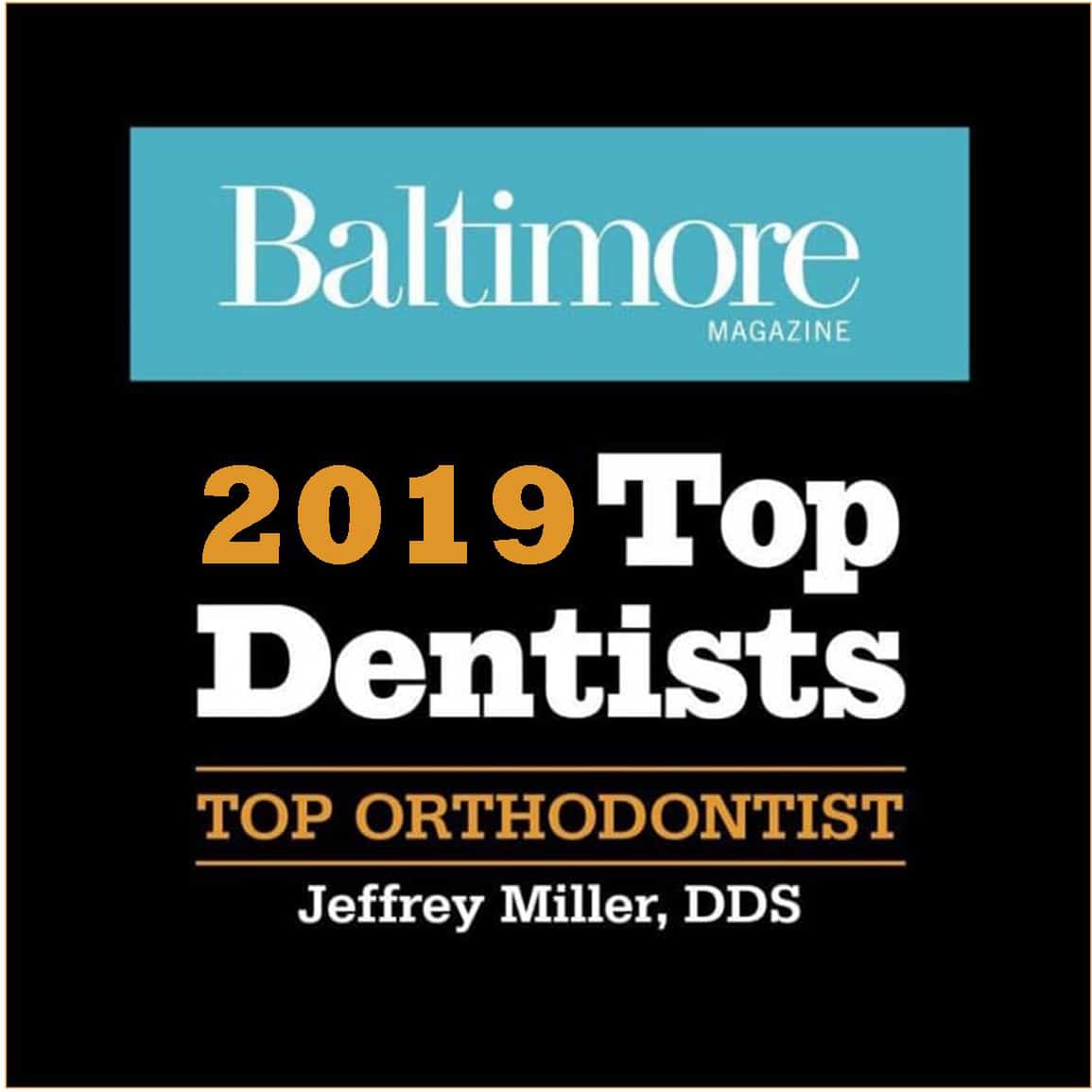